More than 50 million Americans suffer from chronic pain, and many are prescribed opioid medications as treatment. But the benefits of long-term opioid treatment for chronic pain are unclear, and patients risk developing drug tolerance (needing higher doses) and hyperalgesia (increased pain sensitivity). Use of these medications may also lead to dependence or even addiction. Scientists are searching for more effective, non-addictive treatments for chronic pain.

Toward this goal, a research team led by Dr. Fan Wang of Duke University set out to find brain regions in mice that might be new targets for non-opioid pain interventions, as part of the preclinical and translational research in pain management of the Helping to End Addiction Long-term InitiativeSM, or the NIH HEAL InitiativeSM. Funded by the National Institute of Dental and Craniofacial Research, the results appeared on May 18, 2020, in Nature Neuroscience.

Wang took a counterintuitive approach to find a pain-relief center. Most previous studies focused on finding regions that are activated by pain. Instead, Wang’s team looked for regions that are activated by surgical anesthetics such as ketamine and isoflurane, which block pain and promote aspects of sleep. In an earlier study, they had found that anesthetics turn on a sleep-related brain region to promote loss-of-consciousness in mice. The researchers asked whether anesthetics may similarly switch on neurons that blunt pain.

The researchers used fluorescent markers to label cells that were turned on after mice were exposed to anesthetics. This search turned up a group of neurons in the central region of the brain’s amygdala. Because the amygdala is known to be activated by pain and plays a key role in processing fear, it’s an unexpected area for an anti-pain center.

The scientists used a technology called optogenetics to manipulate the central amygdala neurons in healthy, awake mice. Activating these neurons suppressed the rodents’ responses to painful stimuli. Silencing the neurons caused mice to react to non-painful touch as if it was painful. This hypersensitivity, called allodynia, is common in chronic neuropathic pain conditions such as trigeminal neuralgia, which affects the face and arises from nerve injury. When the scientists turned on the central amygdala neurons in mouse models of facial neuropathic pain, allodynia was markedly reduced.

Next, the researchers traced the neurons’ connections to other parts of the brain. They found that the neurons sent projections to more than 20 other brain regions involved in processing sensory and emotional aspects of pain. Optogenetically turning on the central amygdala neurons blunted the pain-related activity of neurons in many of those areas.

“This central amygdala node appears to be suppressing pain by sending inhibitory signals to widespread pain-processing areas of the brain,” Wang says. “Our work raises the possibility that tapping into the power of this internal analgesic system could be an effective alternative to opioids for relieving chronic pain.”

–From the NIDCR’s News Desk

Learn more about the "Identification and Validation of a Novel Central Analgesia Circuit". 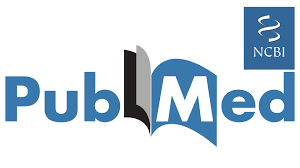 More Projects in This Research Area