Before birth and during the first few years of life, our brain grows and develops exponentially. At the same time, it is highly vulnerable to environmental influences, such as exposure to drugs. However, the effects of prenatal drug exposure on the brain and its development are not fully understood.

To help scientists and clinicians learn more about how the brain normally develops and how exposure to drugs can influence this process, the Helping to End Addiction Long-termSM Initiative, or NIH HEAL InitiativeSM, has funded the HEALthy Brain and Child Development (HBCD) study. HEAL researchers recently developed a new tool to aid in this research—a special crib that makes it easier to conduct brain scans even on the youngest babies.

The HBCD study is a long-term research endeavor that ultimately seeks to help understand how opioids and other exposures before and after birth affect children’s development. Numerous research teams from across the United States will follow approximately 7,500 pregnant women and their children for around 10 years to study their outcomes and identify both risk and protective factors for the children’s development. The group will include both women who used opioids and/or other drugs during pregnancy and women who did not use drugs.

During the study, the investigators will monitor a wide range of variables related to both the children and their mothers and track the children’s social, emotional, cognitive, and brain development. This comprehensive approach will help researchers better understand how children, and particularly their brains, develop; and which factors (including prenatal opioid and other drug exposures) pose a risk to normal development.

A key aspect the researchers will examine is the children’s brain structure and function. This includes measurement of overall brain size, the thickness of the outer layer of the brain, the surface area of the brain, and the connections underlying different brain functions (e.g., language), among others. They will use magnetic resonance imaging (MRI) scans of the children to track changes in brain structure and function from birth, which they then hope to correlate with normal brain development as well as the risk of behavioral or developmental problems.

Performing MRI scans in infants is challenging. Wei Gao, Ph.D., at Cedars-Sinai in Los Angeles has been using neuroimaging techniques such as MRI to study brain development of typical and at-risk babies for more than 10 years and is intimately familiar with the difficulties. He explains that research scans are typically done when babies are naturally sleeping and not under any kind of sedation. To conduct this imaging research, the babies usually fall asleep in their mother’s arms or a crib and then are lifted to be placed onto the MRI scanner bed. However, during this transfer, the babies often wake up and don’t go back to sleep on the scanner bed, so the process has to start all over. In the worst-case scenario, repeated failures of this step may lead to the cancellation of the whole scan session—a frustrating and costly inconvenience for the babies, their families, and the research team.

“The scanning time itself is about 45 minutes, but we typically book more than 2 hours to have enough time to get the baby ready to transfer and finish the scan,” Gao explains.

An MRI-Compatible Crib Can Help

Based on his past research experience with this process, Gao and his team set out to develop an MRI-compatible crib that would minimize the need to move babies once they have fallen asleep. The crib is set on tall legs with wheels so that once the baby has been rocked to sleep in it in the MRI preparation room, the crib can be rolled to the MRI machine and placed over the scanner bed. The scanner bed rises up to the crib, avoiding any jostling of the sleeping infant. Additionally, the crib’s bottom is detachable. Once the crib is in place over the scanner bed, the bottom can be released, and the crib can be rolled out of the way without disturbing the infant. This minimizes the risk of the baby waking up and increases the chances of a successful scan.

An additional advantage to this innovative technology is that most of these initial steps can be conducted in a preparation room and even with several infants in tandem, reducing the needed scanner time. Imaging can begin once the first infant in the group has fallen asleep, and when that scan is finished, the next baby should also be asleep in their crib and ready for the transfer and their scan, making the process more efficient.

Gao is now working with the company Virtumed LLC in Minneapolis to commercialize the crib so that it is also available to other investigators, including other sites participating in the HBCD study. He notes that he will receive a small share of any revenue that Cedars Sinai receives from the crib’s manufacturer. However, he says he considers the overall benefit to research and infant health to be the most rewarding aspect of his participation in this research.

Role of Brain Imaging in the HBCD Study

MRI analyses will play a crucial role in the HBCD study. These include not only traditional MRIs looking at the brain’s structure but also newer methods that assess brain function as well as the connections between different brain regions that are important for optimal brain functioning.

The HBCD study has just completed its pilot phase, a period during which research teams fine-tune the experimental design and evaluate the feasibility of their planned approaches. Once the main phase of the study begins, the HBCD researchers are planning to scan the participating infants periodically, with the new crib helping them to accommodate newborns as young as 2 weeks.

After that, the research team will perform repeated scans throughout the child’s development, as determined by the final study plans. With the large number of mothers and infants participating in this research—the scientists hope to recruit about 10,000 women and to retain at least 7,500 participants at the end of the first 5-year funding period—the aim is to characterize typical brain development as well as identify the effects of risk factors such as parental substance use, impoverished environments, and other social determinants of health.

“Immediately after birth, for example,” Gao explains, “our existing studies suggest there are already changes in the brain’s functional connections that are associated with prenatal exposure to opioids, cocaine, marijuana, and other drugs.”

The ultimate goal of this research is not only to understand what changes occur in an infant’s brain after drug and other environmental exposures but also how to predict the risk associated with these changes, using objective data both from imaging analyses like the ones Gao's team is conducting and from other data gathered in the HBCD and other studies. Not all infants exposed to drugs are affected severely enough to show developmental problems that require intervention, but the ability to do so as early in life as possible would be extremely valuable.

“We don’t necessarily have the resources to implement measures for every baby with prenatal exposure to drugs. We may have to focus our resources on those at highest risk,” Gao explains. “So the capability to identify these babies will be critical.”

Learn more about the project. 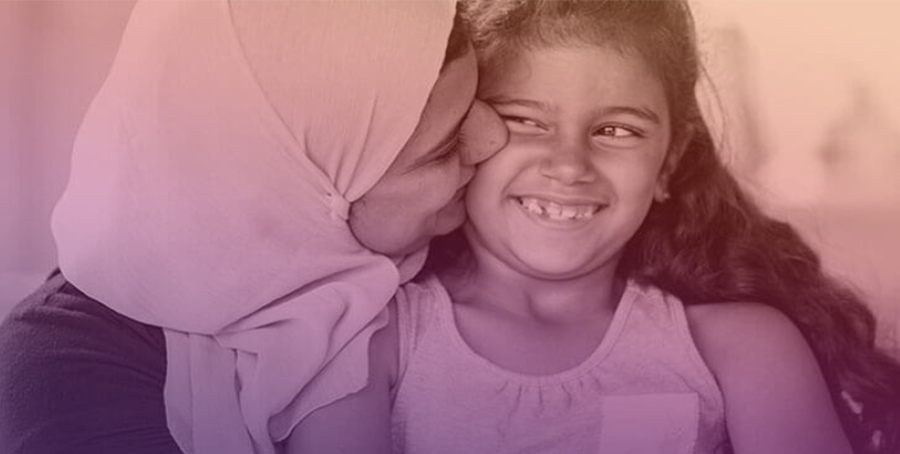 Explore programs and funded projects in the Enhanced Outcomes for Infants and Children Exposed to Opioids research focus area.

Learn more about NIDA's role in the NIH HEAL Initiative.