James Blair, Ph.D., is familiar with the problems troubled adolescents can face. He’s a researcher at the Center for Neurobehavioral Research at Boys Town National Research Hospital in Omaha, Nebraska. Boys Town has residential treatment programs for boys and girls with problematic behaviors, such as aggression and substance misuse.

Now, with funding from the Helping to End Addiction Long-termSM Initiative, or NIH HEAL InitiativeSM, Blair will study how prenatal exposure to opioids affects brain development in these youngsters and how these exposures might play a role in the emergence of cognitive and behavioral problems.

Adolescents whose mothers misused drugs during pregnancy are at higher risk to develop behavioral problems. Some research pdf  87.88 KB has shown that prenatal exposure to opioids can alter brain function in infants. But how opioids might change fetal brain development, and how these changes may connect to problems later in life, remains unknown.

“I’m extremely interested in understanding exactly what the impacts are on the brain, so we can develop plans to help,” Blair said.

These are the questions the HEALthy Brain and Childhood Study (HBCD), part of the NIH HEAL Initiative, aims to answer. Together, research teams across the country are working together to select the best approaches to address the medical and social needs of infant and children affected by opioid use disorder.

The HEALthy Brain and Child Development Study aims to follow pregnant women from regions hard-hit by the opioid crisis, together with their children, for at least 10 years. Its goal is to use brain imaging, and other technologies to capture the development of the brain and its circuitry overtime; along with medical and socio-environmental information of each participant and her offspring.

These data will help better understand typical brain development in children, as well as the effects of early exposure to opioids, to improve prevention and treatments for substance abuse disorders and mental illness.

To understand how opioids alter brain development, researchers must be able to compare how opioid-exposed infants to those who develop typically, in children who are not exposed to opioids.

The best methods and steps that researchers will use to make this comparison in HEALthy Brain and Child Development Study are under consideration but will include MRI imaging. An MRI machine is a kind of scanner that can make detailed, three-dimensional images of the brain, and it requires the person to lie very still – no small feat for a baby or a toddler. MRIs of pregnant women and sleeping babies and toddlers will help determine whether these tests will be feasible for widespread study in HBCD. Eventually, researchers will use MRI data to understand the structure of the brain and how the developing brain’s circuits are forming.

Blair and fellow researchers also are testing other procedures that may be part of HBCD, such as electroencephalography, a method that can measure the brain’s electrical activity when a person is awake and moving around.

A complex and diverse study

Researchers are casting a wide net to recruit women across demographics and geographical areas, and among those who have used opioids or other drugs during pregnancy, and those who haven’t.

Finding participants who belong to highly stigmatized groups, such as women who misuse drugs during pregnancy, can be a challenge. These women may feel that they will be judged as bad mothers or bad people.

That’s why Blair and his colleagues, and other researchers are currently interviewing pregnant women and mothers of young children. They hope to learn more about women’s concerns and what would motivate them to take part in the HEALthy Brain and Child Development Study.  Blair’s team is working with obstetrics and gynecology practices in and around Omaha to find women to participate, and they have partnered with a community organization that serves people experiencing homelessness or economic difficulties.

Blair imagines that someday, data on brain development might even lead to tools like the growth charts that track children’s physical development.

“What if we could say a child is in the 2nd percentile for development of the brain, and we could teach the family how to help them?” Blair said.

To put the brain imaging and other tests into context, researchers will record data about the experiences of women and their children, as they grow up, that may be relevant to brain development. This includes socioeconomic status, whether the mother or child have HIV, experiences of trauma, and family stability. Research has shown that these life experiences can affect how kids behave when they’re older.

“We see the results of these problematic circumstances in the teenagers here at Boys Town,” Blair said.

Some of the young people’s mothers misused drugs, including opioids, during pregnancy. Many experienced abuse or other trauma when they were young. But, by the time the adolescents arrive at Boys’ Town, it can be difficult to trace the effects of their early childhood experiences, explained Blair.

Eventually, insights should lead to new understanding of just how these experiences affect the brain in adolescence.

“We’ll have a better handle on what happened to the adolescents previously, and a context for the kids’ difficulties at this age,” Blair said. “As soon as the information is available, other researchers, in addition to those who are part of HEAL, can use that to focus their research on interventions.” 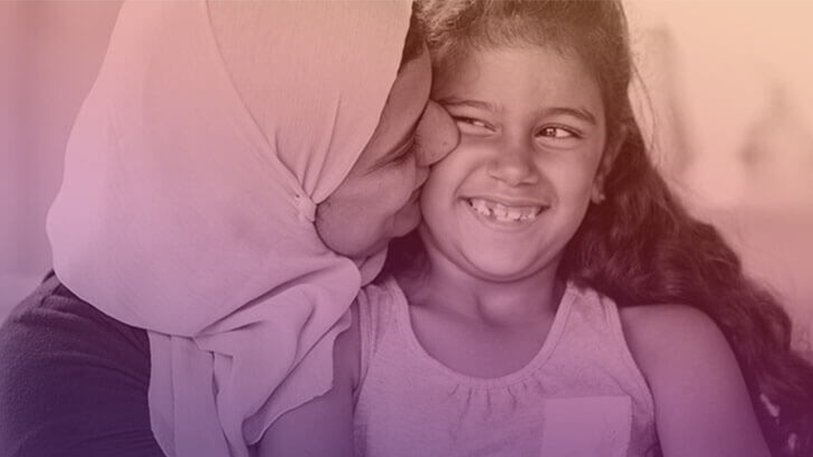 Explore programs and funded projects within the Enhanced Outcomes for Infants and Children Exposed to Opioids research focus area.