For many teens, having one or more wisdom teeth removed is a health milestone after the first third molar teeth come in at the very back of the mouth and there isn’t enough room for them. But with this milestone also often comes another one – their first exposure to opioids. Research has documented that children and adolescents between the ages of 10 and 19 are most likely to be prescribed an opioid by a dentist, and those who get one are at increased risk for opioid use disorder.

“Of about 10 million wisdom-tooth extractions done in a year, about a third come with a prescription for an opioid,” says George Kay, D.M.D., Chief Scientific Officer at the medical device company RevBio in Lowell, Massachusetts. “Historically, about 5% of those who get just one prescription are going to end up being opioid-dependent within a year.”

Kay and the RevBio team are working on a strategy to avoid use of opioids in these young patients. They are adapting use of the bone adhesive Tetranite®  to facilitate delivery of non-addictive, locally acting pain medicine directly to the site of a wisdom-tooth extraction. The research, which is funded by the Helping to End Addiction Long-termSM Initiative, or NIH HEAL InitiativeSM, is part of its effort to advance preclinical and translational research in pain management.

As a practicing dentist, Kay takes out wisdom teeth routinely. Most of these procedures are relatively simple and don’t require pain relief stronger than over-the-counter pain pills.

“I’ve been practicing for more than 40 years, and if I write more than one opioid prescription per year, that’s an unusual year,” Kay explains. But, he adds, about 20% of patients he sees who need an extraction are likely to need more help with their pain because they have a deeply impacted tooth – one that is stuck under the surface of the bone and gums and is growing at an odd angle. Often wisdom teeth, or third molars, become impacted because there isn’t much room for them to come in normally in the very back of the mouth.

These procedures, Kay explains, are best done in the hospital because they require “more digging” – which inevitably causes tissue injury and the intense pain that comes with it. Those, he adds, are also the cases that often involve opioid prescriptions and their risks, including developing opioid use disorder but also improper sharing of prescription opioids with others – a major driver of the opioid epidemic.

Kay and his team are working on a multipronged approach to helping make wisdom-tooth extractions safer by developing a system that both helps to heal the extraction wound quickly, covering the bone before it can become inflamed, and that also delivers effective but non-addictive pain relief for a few days after surgery.

Inspiration From the Sea

Tetranite is a bone “glue” developed by RevBio, a company that is testing its use in a range of bone-repair applications. The bio-glue is an adaptation of basic science from marine biologists at the University of Utah, who discovered about 15 years ago that sandcastle worms build their homes from grains of sand using a naturally produced adhesive they mix and apply while living underwater.

Like the worm-made glue, Tetranite includes two naturally occurring chemicals that when mixed become a solid. But this bio-glue turns into a bone-like substance instead of an underwater dwelling, and it is made in the lab, not the ocean.

Tetranite is very sticky and doesn’t get washed away during a wet surgical procedure, explains bioengineer Rahul Jadia, Ph.D., who is part of the HEAL-funded RevBio research team, and, he adds, it hardens, or cures, within minutes. Because it is made of calcium phosphate and amino acids (some of the same materials as bone), over a period of hours to weeks the once-glue turns into a bone-like substance, forming a stable covering and filling in the wound. After that, it is replaced by actual bone during the body’s normal recycling processes.

Although in other NIH-funded work, Jadia, Kay, and their team are optimizing Tetranite’s bone-regeneration properties for eventual use in dental bone grafts, this HEAL-funded research involves choosing which medication is the best one to use with the bone glue for use in wisdom-tooth extractions.

Of all the FDA-approved pain medications the team has tested (the only ones under consideration), they have ruled out about 20. They are currently zeroing in on a long-acting local anesthetic that sticks around for about 8 hours once out of the Tetranite.

It’s important to note that drug-delivery research like this has to take into account a lot of variables before you’ll see it in hospitals or dental offices.

Does the medication interact with the bone glue? Is the released pain medication stable and therapeutic under the surgical conditions in which it will be used? Does it cause any harm to local tissues right away – or over time?

Answering those and many other questions require testing first in cells growing in dishes, and then in animals. It turns out that the first molar in a dog is about the same size as the third molar in a human – providing a good model for testing. Finally, of course, the technology will need to be tested in people.

Given the target population – vulnerable children and teens – this research fulfills HEAL’s main goal of finding long-term scientific solutions for the opioid epidemic, preventing problems before they start. 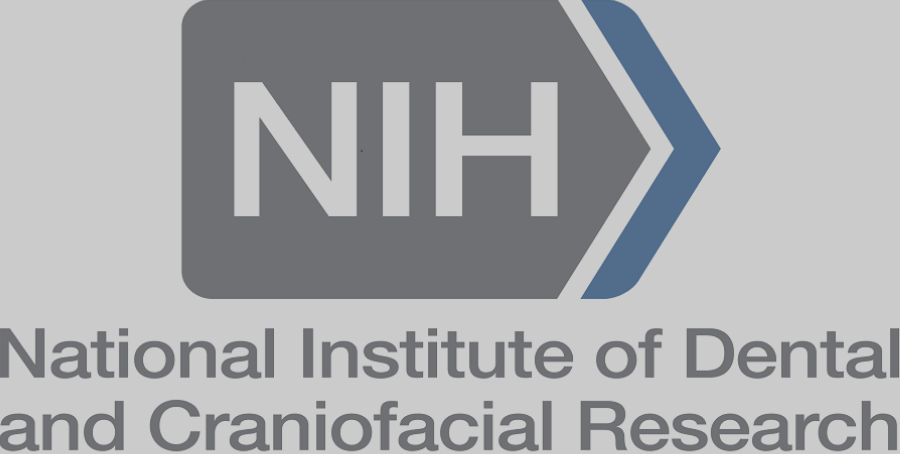 Learn more about NIDCR’s role in the NIH HEAL Initiative.